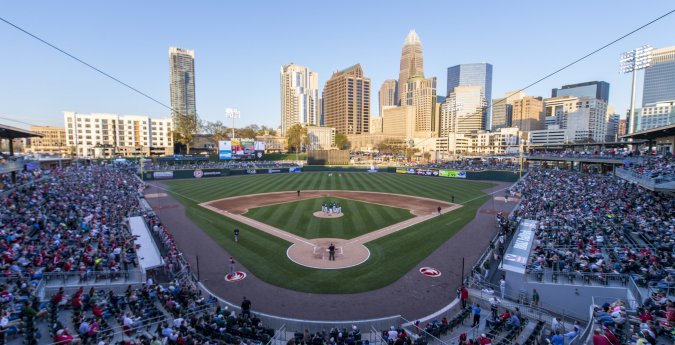 If you’re a Charlotte Knights fan, then this should most definitely be at the top of your list, whether its game season or not. For those who are still ignorant, this is the stadium that hosted 2016’s Triple-A All-Star Game, where the Pacific Coast League All-Stars were defeated by the International League All-Stars, 4–2.

This state-of-the-art facility in uptown Charlotte is the new home of the Triple-A minor league baseball team, the Charlotte Knights. Worth over $55 Million, this baseball stadium, which opened in April 2014, has sold our all of its impressive 10,200 seats for each of its games. Not only is the stadium a marvel when it comes to security features (with intrusion detection systems and unified video surveillance, among others), it also has some of the best features that spectators could ever enjoy – from the club seats and luxury suites, to stunning view of the Charlotte skyline that is offered by the outfield opening.