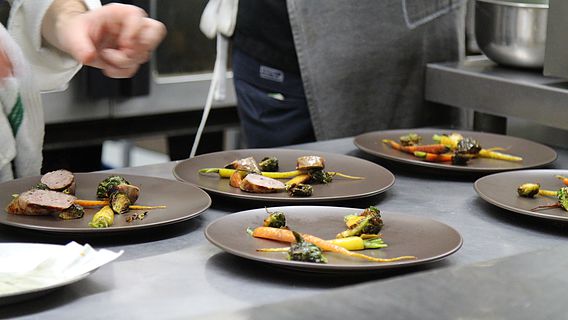 If you want to have great dinner in a classy setting, then Heirloom is just place for you to dine. Launched in early 2014, Heirloom is known for its singular dedication to offer the best and the freshest food.

One of the trendiest farm-to-table restaurants in Charlotte today, Heirloom was founded by Chef Clark Barlowe, who is a graduate of Charlotte’s Johnson & Wales University, and has worked for some of the most prestigious establishments of the world, such as elBulli (in Spain) and The French Laundry (in California).

The menu here changes every day, and is a cause of much anticipation from visitors, new and repeating alike. Heirloom’s menu offers a range of globally-inspired dishes with locally sourced ingredients, and includes various seasonal dishes along with staples such as sweet-potato gnocchi and angus steak. They also have a “catch of the day” section, featuring a special dish that is created from ingredients that have been exclusively produced in North Carolina. Since May, Heirloom has also been hosting family-style dinners.