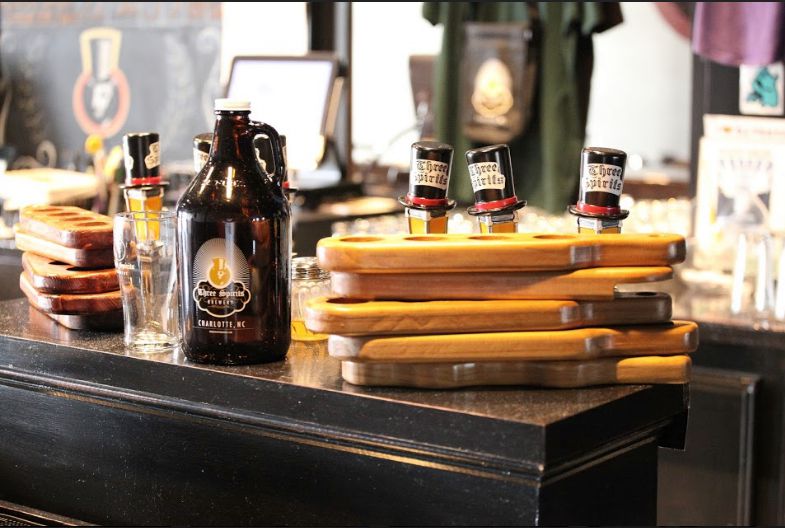 Three Spirits Brewery’s motto is simple – it wants to offer great beers in a great environment. An idea of a former ER doctor who was perhaps very inspired the “A Christmas Carol,” Three Spirits is spread across a 9,100-square-foot, 10-barrel brew house, whose interiors strongly resemble the story.

Started by a couple who are parents to elementary-attending children, Tabu and Jennifer have worked pretty hard to make sure that Three Spirits remains the most family-friendly brewery.

Not only does Three Spirits serve great drinks, they have a great food truck to go along with that too.

That said, there’s a lot you can do here other than the great drinks and food, such as taking part in the only escape room inside a brewery with Charlotte’s Cryptex Games, or playing classic arcade games. Now that’s really rare.

You cannot leave here without trying out the award-winning Red Moon Rising, Honey Porter and Agate Have It brown ale. All of these have won the U.S. Open Beer Championship.